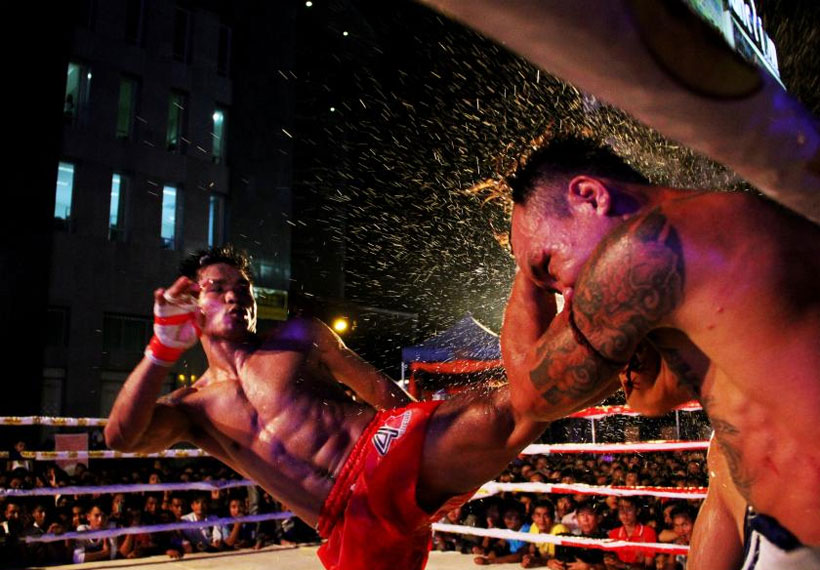 Lethwei set to grow overseas next year
Jun 18, 2020
Myanmar’s combat sport of lethwei is set to gain a wider audience overseas beginning later this year says the local promoter of the sport. Myanmar Lat Kha Maung Co, the company behind the... 249

Fighting to stay fit during lockdown
May 03, 2020
All sports events in the country have been suspended due to the COVID-19 pandemic and many athletes have had their training and competition schedules thrown into disarray. Some continue to train... 746

All AFC Cup 2020 matches postponed
Mar 21, 2020
The Asian Football Confederation has decided to postpone all the AFC Cup 2020 matches, which had been set to take place in March and April. The AFC said in a statement, following the imposition of... 919

Airline sponsors Myanmar’s leading MMA fighters
Feb 29, 2020
Myanmar Airways International has become the official airline partner for Myanmar MMA fighters who are participating under the One Championship. MAI announced the partnership with the largest glo... 1057

Myanmar U19 team to face Kagoshima United U18 in Japan
Feb 27, 2020
Myanmar’s national Under-19 team will face Japanese club Kagoshima United’s Under-18 team in the Jenesys 2019 tournament in Kagoshima, Japan today at 2pm. The Japan-Asean U19 football ... 1085

FIFA ranking: Myanmar men’s football squad is fourth in ASEAN
Feb 22, 2020
THE Myanmar men’s national football team is currently standing fourth in the ASEAN region and ranked 136th in the world with 1,081 points, according to FIFA rankings released in February. ... 1137

Aung La Nsang rubbishes next opponent’s prediction
Feb 14, 2020
Myanmar fighter Aung La Nsang now knows who will be his next opponent. At the ONE: Warrior’s Code event this past weekend, Reinier de Ridder and Leandro Ataides competed in the co-main even... 931

Too Too to fight Uzbekistan’s Tuhtaboyev on Friday
Feb 01, 2020
Myanmar’s Too Too says he is ready for the fight with his opponent from Uzbekistan at the Battle Bones Lethwei event on Friday. The BattleBones Lethwei fight is organised by the World Lethwe... 874

Myanmar women football team to play friendlies agains Thailand in Mandalay
Jan 25, 2020
Myanmar’s national women’s football team will play against Thailand in two friendly matches at the Mandalar Thiri stadium in Mandalay on January 25 and 28. As part of preparation for th... 939

Dhamma Q and A